About     Practice     Not Guilty Archive     Attorneys     Media     Contact
NOT GUILTY ARCHIVE
CONTACT
BIO
Our reputation as aggressive advocates has allowed us to build a boutique litigation firm that is client centered.


We understand the importance of serving the community at large and we are committed to mentoring disadvantaged youth in the New York area and devoting our time to worthy social causes. We have worked with such organizations as the National Council of Negro Women and the Women’s League of Science. 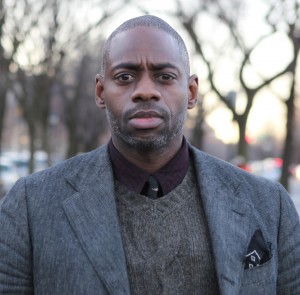 After graduating Hampton University and Fordham Law School Kenneth Jamal Montgomery became an Assistant District Attorney in the Brooklyn District Attorney’s Office in 1997. As an Assistant District Attorney Montgomery worked in the busy red zone, sex crimes unit, juvenile designated felonies unit, grand jury and investigations, complaint room, and the Gang violent crime unit. As an assistant prosecutor he presented hundreds of cases to the grand jury, interviewed and prepped hundreds of witnesses, investigated several conspiracy and violent crime cases concerning gang members, and successfully prosecuted over thirty jury and bench trials. After resigning in the fall of 2001, Montgomery briefly practiced in commercial litigation and was also hired as an adjunct Professor at Fordham Law School where he still currently lectures 2nd and 3rd year students in Trial advocacy.

In 2001 Mr. Montgomery started his own boutique litigation law firm located in the Dumbo section of Brooklyn. He also became a founding member of the creative design agency Pixod.com. It was 2001 when Montgomery began his impressive career as a fierce talented and well-respected litigator in state and federal court. Over the last 14 years he has successfully litigated and defended clients charged with everything from Murder, Drug possession, Weapons possession, Rape, Grand larceny, Conspiracy, Identity theft, sex abuse, etc. Montgomery has also represented numerous Client’s in numerous high profile cases and appeared on Court TV as a legal analyst (please see home page and media section at kjmontgomerylaw.com). Some of these cases include, officers investigated
and charged in the mafia cop case, a young Ghanaian woman accused of fleeing Africa for fear of female genital mutilation while being charged with federal passport fraud, Russian mafia murder cases, the family of Kimani Gray who was killed by NYPD, Suing civil rights lawyer Sanford Rubinstein for rape and assault on behalf of his Client are just a few of the high profile and publicity cases in which Montgomery has represented his clients. The client-centered approach has kept him humble and grounded despite the press attention of many of his cases. However, the most impressive record is Mr. Montgomery’s trial results, which has included over 50 not guilty jury verdicts (please see not guilty archive at kjmontgomerylaw.com). The not guilty verdicts have included successful acquittals for murder, attempted murder, assault, rape, robbery, gun possession, conspiracy, grand larceny, identity theft, etc. Montgomery has also successfully sued the City Of New York and The New York Police Department for federal and state excessive force claims, wrongful death, and federal 1983 claims.

In 20 years Montgomery has accumulated an incredible reputation as a fierce advocate in the area of Criminal defense, Civil rights, and entertainment transactions and litigation. He is a member of the Federal CJA panel in both the EDNY and SDNY and serves as a board member for the Kings County Criminal Bar Association and the Kings County Democratic Judicial Screening Committtee. Additionally, Montgomery is a member of the adjunct professor staff at Fordham Law School where he lectures 2nd and 3rd year law students in Trial Advocacy.

Montgomery is also a member for several non-profit and community
organizations such as Man Up Inc. and resident care. Having grown up in the Brownsville and Crown heights section of Brooklyn, Montgomery continues to mentor and administer community outreach throughout Brooklyn via his organization founded by him and his brothers called “The Brooklyn Combine”. That outreach includes mentoring and academic programs, pro-bono representation, speaking engagements at several churches and schools and supporting several community programs and initiatives such as Gems and Hip hop for life.

Notwithstanding all of the above, Montgomery’s most celebrated accomplishment however are his family and three children.